Once upon a time a big band MD came up with the idea of organising a jazz festival. Will it work? enquired some, It’ll never work! declared others.

Undaunted, the idea took root and in no time the event envisaged by Newcastle Big Band MD Andy Hudson began to take shape. Jazz North East’s Honourary Secretary Chris Yates was enlisted to lend his expertise and went on to write the festival programme notes as well as assisting in the organisation for something like two decades. It was 1974 and the Newcastle Jazz Festival was born.

Andy Hudson (MD, Newcastle Big Band) had seen his dream of a jazz festival on Tyneside come true to the extent that by the following year it had outgrown the Guildhall and moved on to the University Theatre, which became Newcastle Playhouse (now Northern Stage) and which remained its base for the following 20 years.

As the millennium loomed funding priorities began to change and when the plug was pulled the Newcastle Jazz Festival went down the drain…until now.

Once upon a time (a few months ago!) a big band MD collaborated and with came up with the idea of reviving the Newcastle Jazz Festival.

Michael Lamb, MD of the Strictly Smokin’ Big Band, and Jamie Toms, set about putting together a one day event and, with the help of several of their SSBB mates, August 17 2019 marked the relaunch of a fondly remembered event.

The Tyne Bank Brewery on Walker Road (just east of the Ouseburn) was the place to be from early afternoon ’til late. 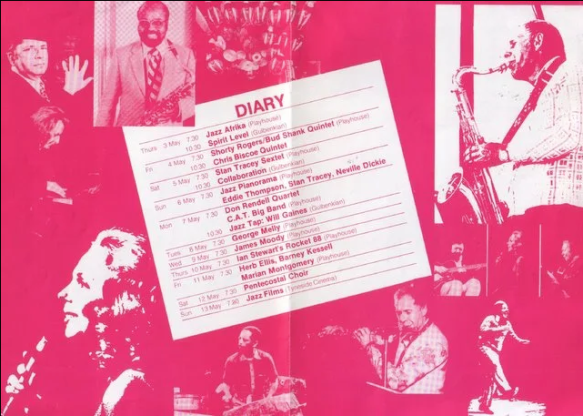