The 2019 programme of the new Newcastle Jazz Festival is excited to present the very best of Newcastle Upon Tyne and the North East’s jazz scene.

Tyne Bank Brewery provides the perfect relaxed venue to soak up the programme, along with food vendors Cheese Sir and Il Fuoco Pizza.

Getting to Newcastle Jazz Festival

We’re grateful to Jazz North for their support through the Northern Line scheme in assistance with programming the Mark Williams Trio.

Zoë has teamed up with her husband, the innovative and powerful double bassist Andy Champion for a voice and double bass duo.

This exceptional and unprecedented pairingcreate an electrifying soundscape in this beautifully integrated music. Breathing fresh life into the familiar as well as heading off to the unchartered. The well-honed duo know each other by heart.

Their approach is bold, hypnotic and mesmerizing. Interacting and infiltrating one another’s sound. Removing the boundaries, exploring space and time with just voice and double bass. Inspired by the legendary Sheila Jordan, this exciting project has been taking audiences by storm throughout the UK and Europe and highlights her ingenuity in interpreting a lyric. 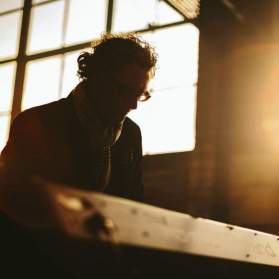 Three veterans of the local jazz scene invite you on an unfettered journey into the great American songbook.

The influences are wide ranging (swing, gospel, Cuban son, the Beatles) but underpinned by a jazz sensibility and love of a good time that should provide a listenable treat. 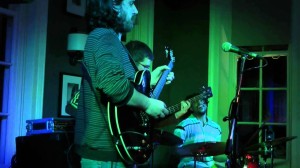 Mark formed his own trio in 2006 and they recorded they’re first album “Balaclava Street” in 2007 (which you can purchase below). Since then they have been gigging throughout the North East regularly, whilst constantly composing new material.

The much anticipated second album ‘Last Bus to Bensham’ has finally been recorded!

Emma Fisk is a UK based jazz violinist, specialising in Hot Club/ Gypsy Jazz, Classic Jazz and Swing styles. She has received critical acclaim both for her spirited gypsy jazz performances, and her interpretations of early jazz violin master, Joe Venuti’s music.

Emma’s current projects include her Gypsy Jazz quartet ‘Hot Club du Nord’; a Joe Venuti and Eddie Lang inspired duo with guitarist James Birkett; The Ushaw Ensemble led by Paul Edis and a violin/ piano duo with Paul Edis. She also appears as a guest soloist at jazz festivals and clubs and was a longstanding member of Gypsy Jazz quartet Djangologie with whom she toured and recorded c.2000-2015.

“THIS YOUNG MAN SOUNDS EXCELLENT! A WICKED CONTEMPORARY APPROACH BUT BACKED UP BY SOME SERIOUS CHOPS ON HIS INSTRUMENT” —  JAMIE CULLUM

In 2018, the ‘Alexander Bone Quartet’ toured Czech Republic for 2 weeks.

He has performed globally as a club sax player, including Ibiza, Hawaii & Mallorca.

But we’re very happy they did… we’ll be playing our sets as origianlly planned and are thrilled to be sharing the day with Zoe Gilby & Andy Champion, Alan Law’s Trio, Emma Fisk & James Birkett, Mark Williams’ Trio and the amazing Alexander Bone.

Stan Kenton bombastically proclaimed “This is an orchestra!” Michael Lamb would be justified in doing the same! — Be Bop Spoken Here

We’ll be playing two sets from 1945 at Tyne Bank taking you into the evening and rounding off the inaugural Newcastle Jazz Festival. Featuring Alice Grace and our usual array of musicians this will be the perfect way to unwind after a full day of jazz!